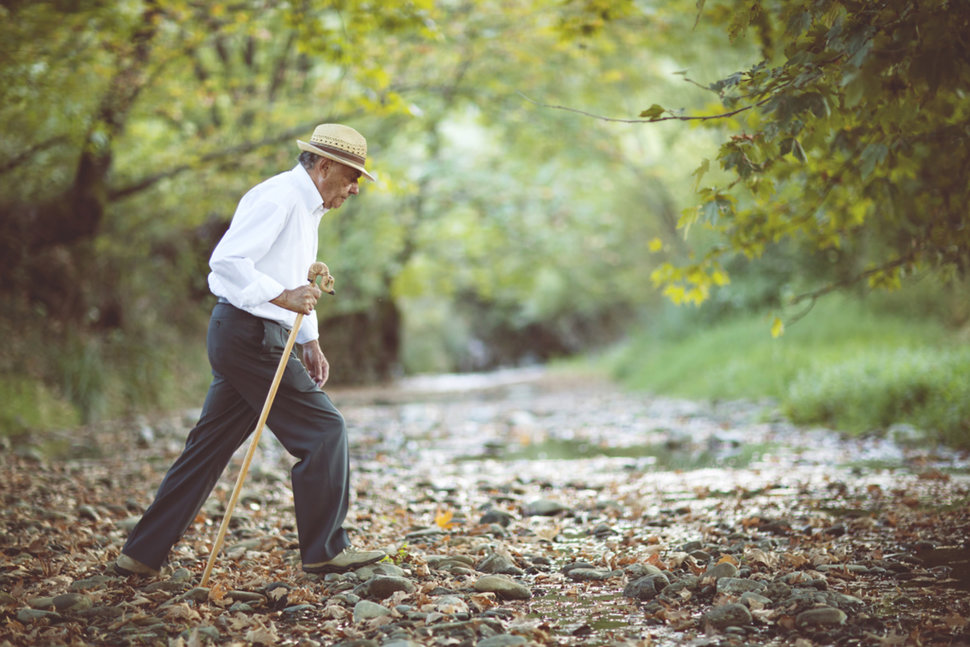 Fear of falling can take a toll when your sense of balance is fading. Some seniors avoid walking and even moving due to fear of falling and the possibility of debilitating fractures. However, being sedentary is bad for your health, too. It’s important to keep moving while finding safe workarounds for whatever balance issues you have. And the good news is that balance can improve with training.

Fear of falling and its power to limit mobility is a complex issue that public health experts grapple with worldwide. More clues emerged at the International Association of Gerontology and Geriatrics World Congress, held last July in San Francisco.

“Like many other studies, ours found that the more fear you have of falling, the less likely you will go out for a walk or just be physically active,” says Phoebe Hwang, a researcher at the University of Hawaii at Manoa, whose work was highlighted at the conference. “And we know that the more physically active you are, the less likely you are to fall. It’s just a weird, vicious cycle.”

Art Koff, 83, a Chicago-based consultant on aging issues, is affected by balance challenges. He’s had to make changes but doesn’t let fear of falls dictate his way of life.

“I have issues with fear of falling, as do many older Americans,” Koff writes in an email. “Even though I was an athlete when I was younger and shot in the high 70s (playing golf) just 10 years ago, I like many, have lost a great deal of my balance, particularly after I reached 80.” Riding his bike became too difficult and dangerous and Koff regretfully had to sell it.

Koff is always attuned to balance and positioning. “Physicians suggest [to] always have some part of one’s body touching the shower wall,” he notes. “It can be the back of your hand, your elbow or even your butt. This contact sends a signal to the brain giving you balance and preventing a serious fall. As I walk around my condo, I often touch my knuckles to the walls to reinforce my balance without marking them with a hand print.”

Using a cane instead of worrying about the stigma of looking “older” allows Koff to stay on the go. At the moment, he’s traveling in Helsinki, Finland, and preparing for his next stop in St. Petersburg, Russia.

When back home, Koff will resume his regular workdays, starting with a short walk from his condo to the office. The only problem comes when Chicago street plows pile snow up at crosswalks. When that happens, he says, “I wait for some kind soul to assist me by holding my arm, as it is impossible for me to cross without help.”

Being “painstakingly careful” is Koff’s ongoing strategy for avoiding falls and fractures. “A broken hip would completely ruin my lifestyle,” he concludes.

Hwang’s study looked at some 1,600 older adults living in five communities: Kingston, Ontario, and Saint-Hyacinthe, Quebec, in Canada; Manizales, Colombia; Natal, Brazil and Tirana, Albania. Even among seniors who were fit and functioning well, those with a high fear of falling walked less than their less-fearful peers. Overall, women were less fit, had a greater fear of falls and experienced more falls than men.

Colombian researcher Fernando Gomez described at the conference an algorithm that can predict falls in primary care patients ages 65 to 74. Concerns about falling, depression, a fall in the past year and multiple chronic medical conditions were tied to a greater likelihood of falling.

It isn’t a case of nothing to fear but fear itself. “When you come upon a patient with fear of falling, it’s usually for a good cause,” says Dr. Jack Guralnik, a professor of epidemiology and public health in the gerontology division at the University of Maryland School of Medicine. “When you examine them, they often will have balance and strength problems. You’re picking up some functional deficits that clearly put people at risk of falling.”

In the general population, more than 30 percent of adults who live in a community (not in an assisted-living facility or nursing home) fall each year, conference presenters noted. However, for concerned family members or caregivers, overcompensating by discouraging mobility isn’t the answer.

“You feel like you’re improving the safety of the person, but in many ways you’re contributing to their continued, accelerated decline,” Guralnik says. “If they’re not getting any physical activity, they’re just missing all the benefits of walking and being active.” Instead, he says, “You have to be a little bit bold.”

People with disabilities, including those who rely on canes and other assistive devices, can safely improve their mobility. In Guralnik’s study of 1,635 sedentary men and women ages 70 to 89 from eight community centers across the U.S., those participating in twice-weekly programs for aerobic, balance, flexibility and resistance/strength training, plus at-home exercise, increased their ability to walk one-quarter mile (one lap around a track) and continued to exercise more in the long term.

Physical therapists can help fearful seniors. “They can gauge what people’s capacity and capabilities are, push them to that point and work on deficits that may allow them to go beyond that point,” Guralnik says. However, while Medicare pays for physical therapy for rehabilitation after a major accident and fracture, it’s much less likely to cover preventive PT.

You can benefit from simple balance-training exercises on your own throughout the day. While you’re near the kitchen counter, try standing on one foot, Guralnik suggests, or remove your hand from the counter. In your living room or bedroom, raise your leg, in a position where you can easily put your hand back down to get your balance. Every so often, stand on one leg or bend. While sitting in a chair, see if you can get up without using your arms.

A walking companion can make a “tremendous difference,” Guralnik says. “In this area of fear of falling, people really don’t want to go outside to do their walking, especially if they’re alone.”

If weather permits and sidewalks are safe, head outside; otherwise find an indoor spot that works for you. It doesn’t have to be anywhere fancy. Join the morning walkers at your local shopping mall or try the nearby Y in the middle of the day when it’s fairly empty.

Editor’s Note: This story was written with the support of a journalism fellowship from New America Media, the Gerontological Society of America and the Commonwealth Fund.

← Mobility aids: Types, benefits, and use
→ 9 Ways to Exercise in the Pool Beyond Swimming